A major federal U.S. public health agency has shown scientifically that glyphosate-based herbicides (GBHs) such as Roundup cause cancer in humans; however, the Agency does not interpret its published analyses.

The U.S. Agency for Toxic Substances and Disease Registry (ATSDR) is a public health agency of the U.S. Department of Health and Human Services.

The ATSDRs DRAFT Toxicological Profile for Glyphosate illustrates that human studies demonstrate carcinogenicity. Although the ATSDR does not state that GBHs cause cancer, other researchers reviewing the same studies do conclude that GBHs are carcinogens. Both of these reviews offer supporting evidence including animal studies, DNA damage, inflammation and effects on the immune system. The same data is leading to settlements of millions to billions of U.S. dollars against Bayer (that now owns Monsanto) for plaintiffs who used glyphosate, and subsequently developed non-Hodgkin’s lymphoma.

The ATSDR “Forest plots” (reproduced below) graph the cancer risks in available human studies, then combine the data at the bottom in a meta-analysis, showing the totality of evidence and the 95% confidence range. Estimates to the right of “1” show an increased risk of cancer. Every meta-analysis, combining all of the data, is positive, indicating strong evidence that GBHs cause non-Hodgkin’s lymphoma and myeloma.

The World Health Organization’s International Agency for Research on Cancer (IARC) determined that glyphosate is a probable human carcinogen (class 2A), whereas regulatory bodies such as Health Canada and the U.S. Environmental Protection Agency (EPA) concluded that glyphosate does not cause cancer. Charles Benbrook explained this inconsistency. IARC relied upon peer-reviewed publicly published studies of GBHs that predominantly demonstrated carcinogenicity. Conversely, regulatory agencies relied upon confidential industry-sponsored studies and a subset of the studies used by IARC, that examined glyphosate without formulants. IARC placed heavy weight on studies of cancers in workers who used GBHs, while regulators focused on dietary exposures.

Glyphosate is the predominant herbicide in Canada, with more than a kilogram used for every citizen. Glyphosate based herbicides are used before planting in the spring, applied to genetically modified, herbicide resistant corn, soy, canola and sugar beets in the field, and used to kill grains and legumes for rapid dry-down before harvest. This results in greater contamination of foods.

Canadian trading partners, particularly in Europe, refuse commodities with too much glyphosate. Farm organizations are urging growers to protect the reputation of Canadian food for export – to “Keep it Clean” by not spraying glyphosate prior to harvest, testing for cadmium (a highly toxic contaminant that is amplified by glyphosate) and minimizing other pesticide and mould contaminants. It is unclear how the quality of Canadian food compares with exports.

Glyphosate is a potent chemical, as Prevent Cancer Now Chairperson Meg Sears explains. “Glyphosate doesn’t just kill plants, it mobilizes toxic metals into our food, and kills bacteria in the environment and in us. Recent research confirms that glyphosate alters the “microbiome” – the essential flora in the gut.

“The current situation is unsustainable, and unethical. Canadians are getting sicker, at younger ages, and glyphosate is among top potential contributors.”

Glyphosate use has resulted in loss of biodiversity and emergence of resistant weeds, for which further new pesticides are being registered. A profitable, sustainable, resilient alternative solution is organic regenerative agriculture, that supports biodiversity and captures carbon to blunt climate chaos.

The ATSDR examines public health effects of toxic substances, and maintains a Portal for profiles of high-exposure substances. The draft Toxicological Profile for Glyphosate is posted for public comment until July 8, 2019.

Glyphosate in the courts, in Canada and the US… PLUS, falsified cancer data in a US government report 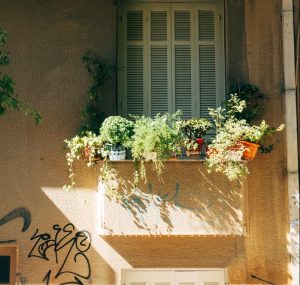