By the turn of the 18th century, the path-breaking Italian physician Bernardino Ramazzini had documented more than three dozen different cancer-prone professions. At that point the disease was still uncommon and usually lethal. But the good doctor understood something that public health experts appear to have forgotten—diseases can be prevented or reduced by taking basic steps to restrain exposures even when the underlying mechanisms remain unclear.

For each of these trades, he explained what particular agents or conditions he thought gave rise to certain classes of illness. Those who worked with dust and fire, for example, tended to suffer from weakened lungs, unstoppable coughs and occasionally suffocating tumours of the lung.

Ramazzini was an observant doctor with a penchant for record keeping. He noted that nuns tended to be free of cancer of the cervix, then one of the most common fatal tumours of women. At the same time, those who lived celibate lives were more often plagued by breast cancers than other women. Ramazzini speculated that both of these anomalies could be related to the same cause – nuns didn’t bear children but underwent a lifetime of menstrual cycles uninterrupted by pregnancy or nursing. His theory that something associated with the failure to bear children affected cancer risk remains a central tenet of cancer research today.

Ramazzini believed that those who learned of workplace hazards had a simple moral duty to warn workers about the risks of their employ and urge them to lower those risks for themselves, their families and their towns. He offered this modification of the Hippocrates’ ancient advice: “When a doctor visits a working-class home he should take time for his examination; and to the questions recommended by Hippocrates, he should add one more – What is your occupation?”

By the 1930s scientists around the globe were certain – and were prepared to say so publicly – that many widely used agents caused cancer in humans, including ionizing and solar radiation, arsenic, benzene, asbestos, and synthetic dyes and hormones.

And yet, since World War II, whenever and however information on the cancer hazards of the workplace and the environment has been generated, it has typically been discredited, dismissed, or disparaged. History has not been kind to scientists like Rachel Carson, Sam Epstein or Janette Sherman, who warned long ago about the need to curb environmental exposures to agents which could promote cancer.

At the 1971 launch of President Nixon’s formal declaration of war on cancer, proof that how and where we live and work affects the chances we may get cancer was basically ignored. Astonishing alliances between naïve or far too clever academics and folks with major economic interests in selling potentially cancerous materials have kept us from figuring out whether or not many modern products affect our chances of developing cancer.

We all know people who lead perfectly clean, even exemplary lives and still get cancer. The first thing most cancer patients ask is: “What did I do to make this happen?” The answer often is: “Not a bloody thing.”

We live in a sea of synthetic estrogens and other hormones and we are routinely exposed to materials that never existed previously. The producers of these agents take comfort in the fact that any one of them, tested by itself, looks fairly benign when gauged by various scientific measures of carcinogenic potency. In addition to this untested chemical soup of endocrine disturbing agents, we have microwave radiation from cell phones and other wireless devices now classified by the World Health Organization’s International Agency for Research on Cancer as a “possible human carcinogen”—the same category as lead, DDT, jet fuel and engine exhausts.

Not only does wireless radiation increase cancer risk, it’s suspected of playing a role in a range of serious human health problems ranging from autistic spectrum disorder to neurological diseases to erectile dysfunction. At the same time, some forms of electromagnetic radiation are being used in FDA approved devices to enhance the uptake of chemotherapy agents to treat cancer. Scientists believe that such radiation weakens membranes, including those of the brain, making it easier for chemicals to cross into cancer cells.

Think about what this means for our routine exposures to toxic chemicals in the modern world, with more than six billion cell phones in use around the world today, and growing numbers of microwave radiating devices being put into schools with young children. Exposures to microwave radiation in schools around this nation may be increasing exposures to other toxic substances at the same time. To say we are carrying out a vast global experiment without any control group is too kind, as scientific experiments are planned and data is collected so lessons can be learned. With the rapid roll-out of devices and chemicals, this isn’t happening.

Still, it defies common sense and basic biology to assume that just because a single agent looks all right when tested on its own, we can safely encounter hundreds of such materials all at once. You would never take all the different pills in your medicine chest in one swallow, even though ingesting one or a few is fine. Why, then, should we accept that there is no danger in being subjected to combinations of agents without precedent in human history or that small amounts of microwave radiation must be harmless?

It may shock you to learn that of the 100,000 chemicals commonly used in commerce, most have not been studied as to their ability to affect our health. In 1983 and again in 1998, the US National Academy of Sciences confirmed that we have no public record of the toxicity of three out of every four of the top 3000 chemicals in use today. Despite declarations by industry of their intent to close this gap, in reality it would take dozens of years and billions of dollars to do so.

It can take three weeks to approve a new chemical for use and 30 years to remove an old one. Cell phones were never tested for safety when first introduced—as a limited tool for the military and business community more than 30 years ago– because assurances were made that the energy they release was too weak to have a biological impact. Yet, today that same energy is being put to medical use.

Making the development of sound policy all the more difficult on these matters is the fact that chronic ailments do not conveniently become evident when people suddenly succumb to symptoms neatly in one locale. Instead, cancer and neurological disorders arise over years of time as a result of assorted triggers in our lives that may reflect where we have worked, what we have eaten, and where we happen to live now and in the past.

The difficulties of unravelling the complex factors that contribute to current patterns of disease cannot be overstated. But their complexity does not mean that they need to remain unresolved mysteries.

Entire costly systems are built on wireless technologies and other electric-powered advances. In fact, critics of the wireless smart grid have pointed out that wireless is not safe, secure or speedy. Korea has broadband speeds two hundred times faster than the U.S., because they rely on wired rather than wireless technologies.

Does the absence of agreed-upon proof of these potential hazards mean that they are not dangerous? Hardly. Rather it reflects the fact that we have taken an approach that makes the accumulation of sufficient numbers of sick or dead people the requirement for regulatory action to prevent further harm from happening.

There’s got to be a better way to build our world than waiting for enough bodies to drop before we decide we’ve got a problem.

We have several looming health problems that require fundamentally different solutions than the technologies that gave rise to them. Why are more children developing cancer, autism and learning problems? Our ability to know whether unexplained patterns of disease are linked in any way with modern technologies and medications is severely hampered by a closed system that leaves us no independent means to evaluate such growing public health problems. We are only asked to do so after a pattern of disease has become so overwhelming that it makes network news.

There are some dangerous conditions or technologies on which we depend that can’t be torn down and built over. We are like the puzzled man in an old cartoon holding a box labelled ‘toxic rubbish’, standing by three mail slots: local, out of town, and far away. We’d like to send all our garbage as far away as we can, but every day the lonely planet we inhabit seems to get smaller.

There is no safe place for some of our trash. Hermaphroditic polar bears and gender confused Beluga whales are being found in the Arctic Ocean with levels of pollutants in their fat that would qualify them for burial in a toxic waste site. Children with autism or other brain defects, tumours or leukemia, and young men with testicular cancer, lower sperm count and testosterone, are increasing everywhere. Fewer baby boys are being born in many industrial countries. Are these things coming to light only because some people are looking for problems? How do we figure out whether other parts of the modern world are placing us at risk for developing avoidable conditions?

To reduce the burden of cancer and other chronic diseases today, we must prevent them from arising in the first place, and we have to find new ways to keep the millions of cancer survivors from relapsing. No matter how efficient we become at treating cancer, we have to tackle those things—including toxic chemicals and microwave radiation– that cause the disease to occur or recur. If we had developed the approach of Ramazzini and acted on what has long been known about the industrial and environmental causes of cancer when this war first began, millions of lives could have been spared – a huge casualty rate for which those who have managed the war on cancer must answer.

Dr. Devra Lee Davis is internationally renowned for her work on environmental health and disease prevention. She is President of the Environmental Health Trust, a non-profit devoted to researching and controlling avoidable environmental health threats, the author of the National Book Award Finalist, When Smoke Ran Like Water, and most recently, Disconnect—the truth about cellphone safety, what industry has done to hide it, and how to protect your family, Plume, 2011. Support for environmental HealthTrust comes to from the community foundation of Jackson Hole, the Rockefeller family services and other private donors. 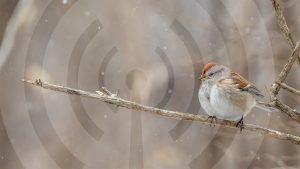