There has never been a workplace compensation claim in Canada awarded for breast cancer, but recent changes in the International Agency for Research on Cancer classifications of carcinogens might lead to cases in which the evidence is overwhelming. For example, diesel exhaust is now classified a known human carcinogen (Group 1), and shiftwork is a probable human carcinogen (Group 2A).

Despite decades of experimental research on rodents showing that components of diesel exhaust are mammary carcinogens, the consensus in the 1980s within the medical and scientific establishments was that breast cancer was not an environmental or occupational disease. The “known” risk factors included personal factors such as age at menarche, first full pregnancy and menopause; however, less than 50% of breast cancer incidence was explained by these risk factors.

In the early 1990s, this consensus was challenged by a group of influential women near Long Island, who lobbied for US federal funding because they perceived that the high rate of mortality from breast cancer among their social networks amounted to an epidemic. The resulting legislation appropriated funds for epidemiological research into breast cancer and the suspected risk factors such as pesticides, polycyclic aromatic hydrocarbons and solvents, and to compare incidence rates in agricultural, urban and industrial settings.1

In Canada, four groups of epidemiologists have undertaken research into relationships between breast cancer and occupations and the environment; one in British Columbia, two in Ontario and one in Quebec. The results indicate the importance of environmental and occupational exposures to a wide range of mammary carcinogens including exhausts from truck transportation, urban air pollution, automotive plastics manufacturing and canning, as well as shift work.

Estimation of the risks posed by occupational exposures to diesel exhaust and shiftwork rely on finding dose-response relationships from the epidemiology literature for each risk factor, as well as data on the concentrations of the mammary carcinogens at the occupational location (or a proxy measure). For example, recent research in Montreal, sponsored by Health Canada,6 showed a relationship between development of breast cancer in post-menopausal women and concentrations of nitrogen dioxide as an indicator of air pollution from traffic.7 For every 5 parts per billion increase in NO2 there is a 25% increase in breast cancer. Ontario has a standard of 100 parts per billion NO2 maximum for a 24-hour exposure for the general public, which is equivalent to a 5-fold increase in breast cancer in post-menopausal women. Exposures early in life result in higher incidences of breast cancer, and thus the risks from exposures to these levels of vehicle pollutants in pre-menopausal women are likely to be substantially higher.

During the past decade, several researchers compiled epidemiological studies linking shiftwork to the development of breast cancer, and combined the results mathematically (conducted meta-analyses). The consensus indicates that 20 years of shiftwork results in about a 50% increase in breast cancer.8 In addition, the interaction between diesel exhaust and shiftwork indicates a 36% decrease in the latency period, acceleration of tumor progression and a 60% increase in the number of mammary tumors.

The research is now sufficiently developed that we can predict that a compensation case for breast cancer will be forthcoming and successfully awarded. At some work locations there are suspicions that there are clusters of breast cancer associated with particular occupational settings and at some point, a scientifically defensible case will be made to a Canadian compensation board or appeals tribunal using these methods and data. When the precedent is set, it will be dramatic and will likely revolutionize breast cancer activism and the social movements involved in reform of environmental protection and occupational standards. One measure the authorities for labour and industrial standards could take to pre-empt the backlash would be to set up panels under existing workplace legislation to designate certain occupations and substances as causing breast cancer and thus expeditiously award compensation to those affected and seeking justice.

Michael Gilbertson is a Scientific Advisor to Getting to Know Cancer 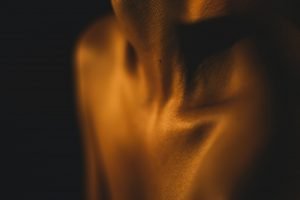 Thermography: a role in prevention and early detection of breast cancer?

The rise in breast cancer in the workplace: A call to action