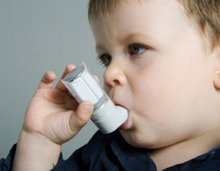 Once Canada’s worst polluter, Nanticoke facility to shut in 2013

The occasion? The government was making an extraordinary, even historic, announcement: the province would close two of its massive coal-fired electricity plants a year ahead of schedule. The plants are major sources of such carcinogens as arsenic and chromium.

The announcement was particularly sweet because CAPE and its partners had been seeking an early coal-plant closure for over three years. “It was very gratifying that the government listened to CAPE doctors and decided to shutter these plants in 2013 rather than the legally-mandated 2014,” said CAPE Executive Director Gideon Forman. “They’re a huge source of greenhouse gases and their closure is a major contribution to climate protection and human health.”

At their peak, Ontario’s coal-fired generating plants emitted as much pollution as 6 million automobiles. One of the plants closing in 2013, the giant Nanticoke facility on Lake Erie, was once Canada’s worst air polluter.

CAPE’s anti-coal initiative began in 2010. With the support of 5,800 generous CAPE members, it involved a province-wide advertising campaign in some 30 newspapers, dozens of meetings with MPPs and cabinet ministers, and extensive media work – all with the goal of shutting coal plants, promoting conservation, and ramping up renewable energy.

Dr. De Veber, who personally thanked the Premier for the coal closure, explained what the event means in human terms. “As a paediatrician, I often work with children who have respiratory illnesses such as asthma. The elimination of these plants means the children I work with, and thousands of others, will have reduced suffering and better quality of life. ”

Ontario is now a world leader in the effort to phase-out this dirtiest fossil fuel. “The first U.S. state to go coal-free will be Oregon, but that won’t happen until 2020,”said Forman. “The first European country, Finland, won’t shutter its plants until 2025.”

In addition to Ontario, CAPE is working to phase out coal in Alberta and Nova Scotia, provinces which rely on the fuel heavily. Said Forman: “Our doctors’ vision — and it’s entirely doable — is a coal-free Canada.”

Gideon Forman is Executive Director of the Canadian Association of Physicians for the Environment (CAPE).