By Cindy Tuer and Robin McLeod, with contributions by Sheryl McCumsey

In spite of major strides over the last 20 years in terms of urban pesticide regulation in Canada, Alberta and its prairie counterparts have been slow to join the party.“Cosmetic” pesticide bans of varying strength, on private and public urban lands have been successfully adopted in roughly 180 municipalities across Canada, and in the provinces of Quebec (2003), Ontario (2009), New Brunswick (2009), PEI (2010), Nova Scotia (2011), and Newfoundland (2012). Ontario’s Pesticides Act is considered the gold standard for provincial cosmetic pesticide legislation.

But is there change in “them thar flat lands;” a new beat rolling over the prairies like tumbleweed somersaulting in the wind? This summer a landmark decision was reached in Manitoba. Bill 55 amending the Province’s Environment Act (Reducing Pesticide Exposure) will take effect January 2015. Currently regulations are being drafted and the toe tappers are pressing hard for an Ontario-styled, gold standard, product restriction in Manitoba.

Moving west, a blip emerges on the horizon. Apparently the Manitoba reel skipped right over the Saskatchewan flatlanders where urban pesticide bylaws are but a dream. Maybe they don’t dance in Saskatchewan?

And finally we arrive in Alberta where “the roads are paved with gold, black gold that is.” Over the years we have seen a strange two-step, slide-back progression towards the goal of establishing strong cosmetic pesticide regulation in urban Alberta.

2008 was the year when positive change felt imminent. The Canadian Cancer Society commissioned a poll, which reported that 87% of Albertans supported Pesticide Bylaws (step, step!). After a successful year-long campaign conducted by the Coalition for a Healthy Calgary, a motion to approve a bylaw banning cosmetic pesticide use in Calgary lost its purchase by one vote at City Council (slide!). 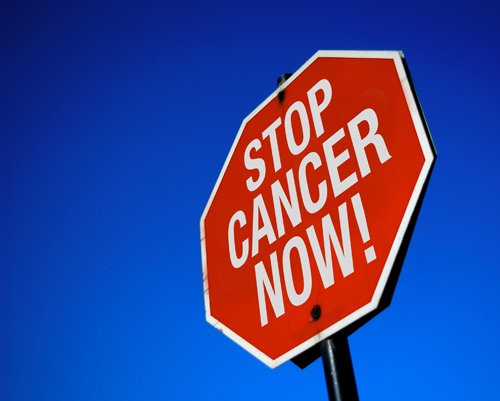 Presently there appears to be renewed interest in restricting pesticide use in Calgary. A Notice of Motion debut is expected at Calgary City Council in the New Year (step, step!). Unfortunately the Alberta/NWT division of the Canadian Cancer Society has ‘stepped back’ its participation in the urban pesticide movement due to funding and capacity issues (slide!). We remain hopeful, however, that Calgary’s anticipated Notice of Motion will recognize and address the effects of acute and long-term exposures of cosmetic pesticide use on human and environmental health.

As for Edmonton, a cosmetic pesticide ban was considered in 2012 but failed to pass through Committee, preventing any debate at Council. Now there are rumblings of a new Notice of Motion on the dance floor (step, step!)

However the prairie drums have revealed that the City of Edmonton purchased Winnipeg’s left-over stockpiles of Dursban for its mosquito control program, although the registration of Dursban was due to expire at the end of 2014 (slide!). Winnipeg is switching to safer alternatives. Dursban (active ingredient chlorpyrifos) is a neuro-toxic insecticide that was banned for home and garden use and in locations frequented by children, and restricted for agriculture by the US Environmental Protection Agency in 2000 due to adverse health effects, particularly on children. The US EPA classifies chlorpyrifos as a possible human carcinogen. Canada also announced the intention to ban chlorpyrifos in 2000, but the chemical’s registration was recently extended to 2019 (scroll to “dursban” here) at Edmonton’s request.

Next stop, Red Deer for some more two-steppin’. So far no sign of a comprehensive pesticide bylaw, yet Red Deer City Councillors approved a Notice of Motion calling for an exploration of a permanent ban of neonicotinoids and related insecticides, and the creation of pollinator parks within city limits (step, step!). The Alberta Urban Municipalities Association (AUMA) Convention in September 2014 considered a similar resolution (step, step!) that was passed for discussion with a qualifying amendment: use of neonicotinoids by regulated applicators under strictly controlled conditions (slide!). Neonicotinoids are already restricted to licensed applicators, but no matter by whom or how they are applied, they persist (trip!).

Canmore, in recognition of its proximity to Banff National Park and the Bow River, the source drinking water for numerous communities along its reach, adopted a ‘Cosmetic Pesticide Free Action Plan’ in 2004 with the ambitious goal of zero cosmetic pesticide use within municipal operations by 2014 (step, step!). In reality, progress has only been made on herbicides and the deadline has been extended to 2015. Currently there are no plans to address other cosmetic pesticide use and residential restrictions are totally voluntary (slide!).

Then we come to the bright spot of the 2-steppin’ landscape of Alberta, the Summer Village of Grandview. This populous community of 300, located on the shores of Pigeon Lake in central Alberta toe-stepped into Alberta history as the first community in Alberta to adopt a fertilizer – herbicide ban on August 14, 2014 (step, step!). Within the Preamble of the Grandview bylaw other villages around Pigeon Lake are encouraged to pass similar bylaws to protect water quality.

Time will tell if the ‘two step’ ends on the shores of Pigeon Lake. Perhaps the Grandview initiative will invite a hoedown of much needed legislation to protect public health and the environment in urban Alberta. We, the eighty-seven percent of Albertans in favour of enhanced health protection through municipal and provincial legislation, have our tap shoes out and are ready to reel!