IN CASE YOU MISSED IT…

Biologist, mother and activist Sandra Steingraber discusses her fight against fracking and toxins contaminating our air, water and food (WATCH).

The Canadian Environmental Law Association (CELA), along with Greenpeace, held a press conference to bring public attention to the federal government’s closed-door negotiations with the nuclear industry on modernizing the Nuclear Liability Act (NLA). CELA argued that this practice must end and be replaced with a broader public consultation. CELA asked Natural Resources Canada to undertake a public review of the NLA through a petition to the Commissioner of Environment and Sustainable Development. Passed in the 1970s, the NLA caps the liability of reactor operators at $75 million dollars in the event of an accident and completely absolves reactor suppliers and vendors of responsibility.

Learn more! Subscribe to the Stop Darlington list by e-mailing stop.darlington@greenpeace.org and the anti-nuke news by e-mailing angela@cleanairalliance.org.

CELA and Ecojustice filed a lawsuit on behalf of several environmental groups to ensure the federal government complies with existing laws. Current laws require it to examine whether rebuilding and extending the operating life of the Darlington nuclear generating station for decades will harm Ontario’s air, water or land. The suit asks the Court to overturn an environmental assessment because it did not meet the legal standard set out in the Canadian Environmental Assessment Act, which is intended to ensure projects are considered carefully and with public input before they proceed. The environmental groups filing this lawsuit include Greenpeace Canada, CELA, Lake Ontario Waterkeeper and Northwatch.

In mid-April, CELA Executive Director Theresa McClenaghan spoke about the questionable quality of Toronto’s nuclear emergency plans in the event of an accident at Pickering, during a public discussion held at Metro Hall. The Ontario government wants to run the ageing Pickering reactors, located just 30km from downtown Toronto, well beyond their design life. The Canadian Nuclear Safety Commission held public hearings on Ontario Power Generation’s (OPG) request to keep running the ageing reactors in late May in Pickering. 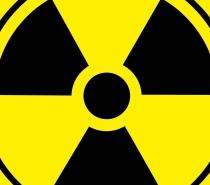 National Post (March 17)
Is the war on cancer an ‘utter failure’?