French scientists released a study in September showing rats fed a diet of Monsanto’s genetically modified (GM) corn for two years developed cancer and died earlier than control rats. Female rats were more prone to cancer, with 93% of tumours developing in the mammary glands. The same fate befell rats exposed to the herbicide Roundup, developed by Monsanto. GM corn and other crops are genetically engineered to be resistant to Roundup so that growers can indiscriminately spray weeds without worrying about killing the crop as well. 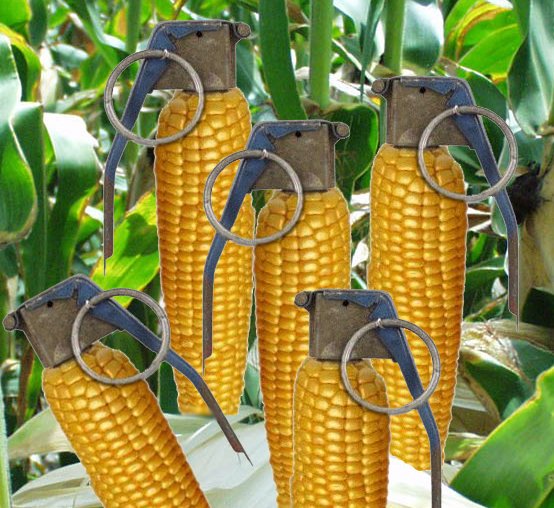 The study was the first ever to test GM corn on rats for over two years – nearly their full lifespan. Tests submitted to government regulators by the GM industry only monitored rats for 90 days and didn’t look at the toxic health effects of Roundup fed directly to rats.

Professor Gilles-Eric Séralini’s study, published in the peer-reviewed U.S. journal, Food and Chemical Toxicity, triggered a massive orchestrated campaign from the GM industry designed to discredit both Séralini and his research.

These industry tactics are all too familiar – hire an expensive public relations firm, trot out a bunch of industry-connected scientists to sow doubt and misleading information, and count on shoddy reporting from the science media. It’s a tried and true formula employed by the tobacco, sugar and pharmaceutical industries..

One of the chief criticisms of the study – incorporated into the orchestrated campaign to discredit Séralini’s study – is that the strain of rats used in the study are prone to developing cancer. In response, Séralini says the rats are the same strain that Monsanto used in its 90-day trials to get regulatory approval for the corn. (It is worth noting that Monsanto did not look at the toxic health effects of Roundup in its study) In fact, this strain of rat has been used in most animal feeding trials to evaluate GM foods, and results are used by the biotech industry to gain approval for their GM products.

Séralini refuses to release additional nformation until the raw data submitted to regulators by Monsanto is released and an independent international committee is struck to review all the data.

The study also showed that more tumours were found in rats fed only the herbicide Roundup, especially at low doses – a dose-response effect seen with endocrine disrupting chemicals. 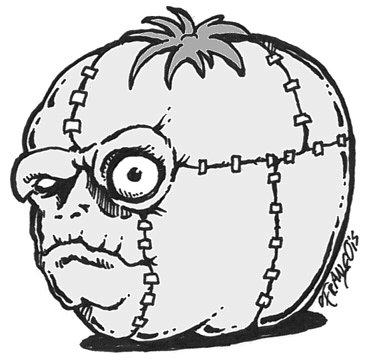 Theo Colborn, president of The Endocrine Disruption Exchange, says of the study, “By taking compliance-level protocols . . . and embellishing them, this study moved to a new level of research.”

And in an essay published online, Corinne Lepage, founder of the Committee for Research and Independent Information on Genetic Engineering—the nongovernmental organization that partially funded the study—wrote that Séralini’s 2-year study “proves that 90-day studies cannot show anything as the first tumours did not start to show until the fourth or fifth month.”

Until data from the study can be analyzed or more conclusive studies are conducted, which could take years, people eating GM foods continue to be participants in a vast uncontrolled experiment.

Much of Canada’s processed food contains GM ingredients. Four GM plants are grown in Canada: soy, corn (for both animal and human consumption), canola and sugar beet. All are designed to tolerate Roundup herbicide spraying.

Additional GM crops imported to Canada include cottonseed oil (can be listed as vegetable oil on labels), papaya from Hawaii, squash (zucchini, yellow crookneck and straightneck) and milk products.

For information on the latest news and how to take action visit the Canadian Biotech Action Network.