In a large review of health and environmental impacts of plastics, polyvinyl chloride came out as the worst – a high volume material with carcinogenic ingredients, toxic exposures during manufacturing, use and disposal, and longevity as toxic trash in the environment.

Polyvinyl chloride (PVC) is a plastic resin, made by repetitive joining together of vinyl chloride molecules or monomer. As summarized by the European Commission, PVC was first developed in the 1930s and production has dramatically increased since the 1950s to a current world production of more than 20 million tonnes per year. PVC is tough, weather, water and chemical resistant, and electrically insulating, but it is not stable when exposed to heat and light. Stabilizers, such as heavy metals lead and cadmium, are added to improve its stability and maintain its rigidity. PVC is made flexible with the addition of phthalates, such as DHEP (bis-2-ethylhexyl phthalate).

Vinyl chloride is a known carcinogen, clearly associated with a rare form of liver cancer called angiosarcoma as well as brain cancer. The extensive review by the U.S. Agency for Toxic Substances and Diseases Registry (ATSDR) found that chronic low level exposure is also associated with degenerative bone changes, circulatory disturbances in extremities, skin lesions, and damage to the liver, spleen, lungs, immune and nervous system.

Phthalates are known to cause serious health consequences. By interfering with testosterone production, they can cause irreversible effects on the male reproductive system, such as low sperm count and quality and undescended testes. The US National Toxicology Program Expert Panel linked DHEP with risks to human development and fertility. Other health risks with phthalate exposure include preterm birth and low birth weight, premature female puberty, ADHD, obesity, diabetes, impaired neurodevelopment, and asthma. Limited actions have been taken for children’s protection.

Vinyl chloride monomer and additives volatilize from PVC and cause, for example, the distinctive chemical smell released from a new shower curtain. Phthalates and toxic metals also cling to tiny dust particles that may penetrate deep in the lungs.

Children are Most Vulnerable 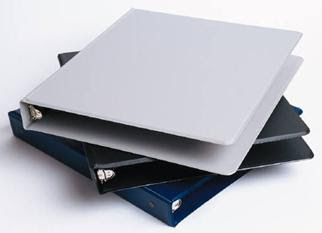 Children are particularly vulnerable to vinyl chloride exposure and its health consequences due to their developing brains and bodies. Infants start life “pre-polluted” due to exposure in the amniotic fluid, umbilical cord blood, and then breast milk. Pound for pound, children eat, drink and breathe more than adults, increasing their toxin amount. Children put toys and other objects in their mouth, leeching chemicals from the objects to their saliva. The highest levels of phthalates are found in the youngest children and in women.

Due to the clear and significant health hazards of PVC and its additives, toys containing some phthalates have been banned in the US and Europe. Canada has enacted regulations to limit the concentration of phthalates in children’s toys and child care articles. Since 1998, manufacturers of pacifiers, teethers, rattlers and baby bottle nipples have voluntarily excluded phthalates.

While the ban for toys lowers exposure for the very young, no phthalate ban has been placed on building materials in schools and playgrounds, as well as school supplies that are used every day.

The Center for Health, Environment and Justice (CHEJ) recently conducted a study on common items bought during the back-to-school period at stores, such as Kmart, Payless and dollar stores. Backpacks, lunchboxes, 3-ring binders, rainboots and raincoats were tested for phthalates and heavy metals. The results indicated that 80% of the sampled supplies contained phthalates and 75% contained levels of phthalates that would be in violation of the US Federal ban for toys. Fifty percent of the supplies contained more than one phthalate, indicating multiple exposures. None of the products were labelled as containing phthalates. Forty percent of the supplies contained heavy metals, so this chronic exposure also poses a serious concern.

Despite the CHEJ study results indicating multiple PVC exposures in school supplies, many steps can be taken to reduce this exposure. Avoid products that are labelled “vinyl” or contain the universal recycling symbol with the number “3” or letters “V” or “PVC.” Many stores and companies offer PVC-free products, including Walmart, SC Johnson, Sears, Ikea, Target, Microsoft and Apple. The CHEJ has produced a helpful guide to help you choose PVC-free school supplies and materials to start your own PVC-free campaign. PVC-free is also being promoted in Health Care.

Best practices for plastics means using those that are most readily recycled. These also tend to pose lower risks during manufacturing and from additives.

Don’t buy garbage. Tell retailers you don’t want plastic packaging. Reuse stuff. When you are done with it, recycle it!

Natasha Klemm ND is a Toronto-based doctor and is co-Chair of Prevent Cancer Now.