While health experts and civil society organisations are calling on the Canadian government to respect scientific evidence and protect public health by banning asbestos, Concordia University is doing the opposite and promoting the discredited propaganda of the asbestos industry. 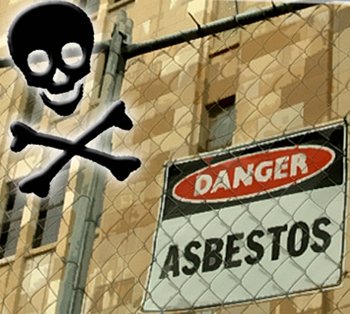 Concordia’s John Molson School of Business commissioned, funded and published a report “Lessons from the Quebec Asbestos Industry: Can there be meaningful dialogue and consensus when facts come up against feelings?”, which claimed that the scientific evidence supports the use of chrysotile asbestos and that those who oppose asbestos are ill-informed and just following emotion. The report was written by a Concordia lecturer, John Aylen, whose public relations company was hired by asbestos industrialists to promote their project to export millions of tons of asbestos from Quebec. The author’s ties to the asbestos industry were not disclosed in the report. Over half of the content of the report is material taken directly from the asbestos lobby.

Scientists and health advocates have called on Concordia to retract the report and hold an independent investigation into the serious scientific and ethical misconduct involved in the publication of this report.

The report was removed from Concordia’s website, but the President of Concordia, Alan Shepard, refused to retract it or to hold an independent investigation. In a statement to CBC radio, Shepard claimed that the publication of this false information promoting asbestos demonstrated “the essence of academic freedom”. George Orwell would be impressed.

Amongst the misinformation put forward in the report is the claim that the World Health Organization (WHO) supports the use of chrysotile asbestos. Since 2006, the WHO has called for an end to all use of chrysotile asbestos. The WHO has published this position on its website and in official WHO documents and has presented this position at United Nations (UN) meetings and other meetings around the world.

Concordia University has been made the international headquarters of a UN sponsored research and policy initiative on climate change, called Future Earth. Future Earth states that it is “the world’s largest research program with over 60,000 researchers to address the greatest challenges facing humanity. Its mission is to achieve a world where decision-making is informed by the best available scientific evidence and knowledge so as to bring about equitable, sustainable solutions to the most pressing issues currently confronting humankind”.

Paul Shrivastava, a professor at Concordia’s John Molson School of Business has been appointed Executive Director of Future Earth. Prof. Shrivastava has refused to support the request that Concordia University retract the report and hold an independent investigation.

If the Executive Director of Future Earth will not uphold scientific evidence at his own business school and university, that is the international headquarter of Future Earth, how can the public have trust in the work of Future Earth, which will face enormous pressures from vested interests?

Yet Concordia University is refusing to address scientific misinformation that it has published and that causes harm to human health. Even worse is the fact that in the academic system, there is no recourse to address this serious betrayal of scientific evidence and the public good.

If universities are committed to upholding scientific evidence, it is time that they demonstrated that commitment with their actions, by putting in place a system of independent, transparent investigation to address serious violations of scientific and ethical integrity in academia.

If Future Earth is genuinely committed to upholding the best scientific evidence, as it claims, then it should move its headquarters from Concordia University, as the university’s failure to address industry influenced, inaccurate scientific information demonstrates that it does not share this commitment.