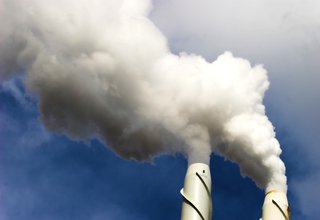 Entech-Renewable Energy Management (REM) has, for a number of years, been trying to get its Advanced Conversion Technology gasifier off the ground in Wesleyville, Ontario, east of Port Hope. The latest iteration of the plan was provided at the second Open House of their Environmental Assessment (EA) Screening process.

Detailed studies relating to anticipated air emissions, water requirements, noise, odour etc., have not yet been completed, with REM officials on site expecting these will be provided by late this year or in early 2013. I requested air emissions data from any of Entech’s plants currently processing waste in ways similar to what is planned for the Wesleyville incinerator and have received nothing to date.

Port Hope residents are hosting two events to help organize and inform the local community. On the afternoon of November 4, Liz Benneian hosted an “Organize to Win” seminar. Liz, a seasoned political activist and co-founder of the Ontario Zero Waste Coalition, has held events across Ontario for citizens who wish to learn about becoming politically engaged. On the evening of November 15, Liz Benneian and I addressed the Port Hope community on waste issues with a focus on Zero Waste strategies and why incineration is a risky disposal option, with the Durham-York project serving as a recent case study. Please write to porthope.conservation@gmail.com for additional information.

Region of Waterloo – Flirting with Incineration?

The Region of Waterloo is reviewing their long-term waste plans and encouraging public input. All involved should inform themselves, as the discussion must go beyond waste disposal options like incineration and landfill. The review should closely examine viable strategies to reduce the amount of waste generated by the community as well as look at materials re-use and diversion options before assessing disposal requirements. It is noteworthy that San Francisco recently achieved an 80% diversion rate, a feat which Durham Region politicians, staff and their consultants, dismissed as being impossible.

A recent Waterloo Record editorial touted incineration as an option to be reviewed, citing the Durham-York Region incinerator as an example. Perhaps the editorial board is not aware of the huge cost overruns for this incinerator, the significant increase in emissions beyond what was predicted and approved during the EA, or the ongoing community outrage as more details emerge about the flawed project. And do they know that incineration means both burning AND burying? Large amounts of ash and non-processable waste (up to 40%) will be trucked to a Niagara Falls, New York landfill site.

In fact, Durham Region may not have enough waste to burn as included in their “put or pay” contract if they reach even their modest waste diversion target of 70%, a concern citizens raised in 2008. Durham staff recently floated an as yet uncosted (but sure to be expensive) plan to mine Durham’s landfills for waste.

The editorial claimed that: “Repeated advances in technology have made them (incinerators) increasingly safe. And this explains why they are popular in Europe and why, in Ontario, Durham Region is building one.” Yet, no evidence to support this claim was provided.

In fact, approvals issued to the Durham-York incinerator by the Minister and the Ministry of the Environment (MoE) show that prior to issuing the Environmental Assessment (EA) approval, concerns had been raised by both MoE staff and the community about the amount and type of the predicted emissions data. It was noted the predicted emissions should be based on actual emissions data from Covanta’s currently operating incinerators. EA approval was issued without all the required data. and with some reference facility data only submitted AFTER EA approval during the permit application process. Further, the MoE did NOT require monitoring of emissions, consistent with their own monitoring guidelines, so they could be properly identified and tracked.

We urge the people and media of Waterloo Region and environs not to rely on any government to make decisions for them, to learn about the many problems with incinerators, and review the resources in our Incineration tool kit.

The pro-incinerator councillors in Metro Vancouver mused that the incinerator may burn “special waste”. Qualified vendors are now being sought but a site has not yet been chosen. All BC residents should be alarmed as this project could be sited either within Metropolitan Vancouver or elsewhere in the province. This raises concerns about emissions being even more significant and toxic than those emitted by incinerators burning only municipal solid waste, which was the stated purpose of the Metro incinerator.

Recent study related to dioxins, which are emitted by incinerators and found in incinerator ash residues

A recent study showed that rats were harmed by their great-grandmothers' dioxin exposure. Low-level exposure to dioxins and dioxin-like PCBs resulted in increased allergies and diseases like diabetes, hypertension and hyperlipidemia.

“The directive on ambient air quality and cleaner air for Europe (2008/50/EC) requires EU Member States to reduce average annual PM2.5 concentrations and, in 2015, the annual limit of 25 µg/m3 will become mandatory.”

Last month, Canada’s Environmental Ministers hammered out a new air quality framework. The devil will be in the provincial and territorial implementation plans. From the Canadian Council of Ministers of Environment (CCME) website:

Jurisdictions, with the exception of Quebec, have agreed to begin implementing the AQMS, subject to further jurisdictional approvals. Quebec supports the general objectives of the AQMS, but will not implement the system since it includes federal industrial emission requirements that duplicate Quebec's Clean Air Regulation. Quebec will collaborate in developing other elements of the system, notably air zones and airsheds.

Monitoring and reporting of outdoor air quality conditions and emissions from major industrial sources in Canada will be strengthened to encourage stakeholders and communities to improve air quality.

To learn more about how to reduce waste, check out the recently released informative video, Can we become a Zero Waste planet? and infographic map (or text page).

Linda Gasser is an incineration campaigner and has played a major role in PCN’s Ban Incineration Campaign. Linda can be reached by email at: Email: gasserlinda@gmail.com