Within one generation, continuous internet access has become everyday reality for the majority of Canadians. There is no question that there is tremendous economic and social benefit. Industry analysts forecast that the next stage of development will be provision of universal internet access wirelessly. In today’s world, access to the “information highway” has become a dependency. The challenge is that we are sending our children out on this highway without the proper seat belts and safety instructions.

Health Canada’s Safety Code 6 “Safety Code 6” sets the limit of what it deems as a safe level of radiation exposure. Not only has it not been updated since the 1970’s (before smart phones were invented), it is based on a 6 minutes exposure period. Hardly anyone today uses a cell phone for less than 6 minutes. Exposure to cell towers, smart metres and Wi-Fi can last hours at a time in school or at home. 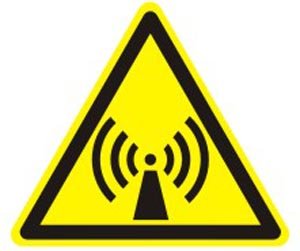 Children are not little adults. Their skulls are thinner and certain tissues of a child’s head, such as the bone marrow, the eye and some portions of the brain absorb significantly more energy than those in an adult head. A 2012 review by Gandhi et al. indicated that the radiation from a cell phone penetrated 10% of an adult head, but affected about 70% of the head of a five year old.

Exposures are only increasing. In January 2014 the federal government started the auction of more publicly-owned airwaves for commercial use as part of the “4th generation/LTE” network (700 megahertz frequencies). The federal government expects to receive upwards of $3 billion for 10-year licenses. 700 megahertz frequencies are reported to be “better” since they will be able to penetrate further into underground parking structures and cover larger distances. Although not as extensively studied as frequencies for older technologies, research has suggested that this newly used, far-reaching radiation may alter excitability of rat brain (hippocampus), and facilitate epileptic seizures in mice.

An updated analysis indicates strengthening evidence that radiofrequency radiation is carcinogenic.
Personal cell phones can be used more safely by following these basic tips. Keep cell phones away from your head (use the speaker or earbuds, not bluetooth) and out of your pockets, bras, etc. Don’t sleep with an active cell phone near you, unless it is in airplane mode. Children should not be near a connected cell phone or tablet device. Cell phones and tablets should not be used as toys.

On the other hand, you have no choice regarding the placement of cell towers and antennae. Most Canadians intuitively suspect that the placement of a large cell tower near their homes or children’s school is not safe. If you are close enough, the radiation emitted from an antenna connected to thousands of devices will be significantly higher than that from a single cell phone. Now, cellphone antennae, these transmitters of radiation are coming closer to street level. In a landmark ruling in 2012, the Ontario Energy Board (OEB) decided that wireline and wireless communication attachments to hydro poles are equivalent. OEB’s decision forces Hydro companies throughout Ontario to enable wireless antenna attachment for only $22.35 per year per antenna. This is markedly less expensive than the $1,000 plus per year, per antenna, that mobile network companies are currently paying for antennae you see on apartment and office buildings, and even on hospitals and churches. This will be a huge incentive for mobile companies to mount antenna on hydro poles or street lights, saving millions of dollars per year.

An unfortunate consequence of this combination of decisions is that many more Ontarians can expect a lot more radiation in their bedrooms, and that does not bode well for rates of cancer, or other chronic diseases and disabilities.

Dr. Anthony Miller is professor emeritus in cancer epidemiology at the University of Toronto. He gave a deputation at a City of Toronto Public Works and Infrastructure Committee meeting in December 2013 regarding these lower antenna installations (less than 15 meters above the ground). Dr. Miller said, “When you deliver a potential carcinogen [radiation for wireless communications] over a wide area in the environment, you expose numerous people … and as you increase the number of radiofrequency fields in our environment, you will in fact increase the hazard.” 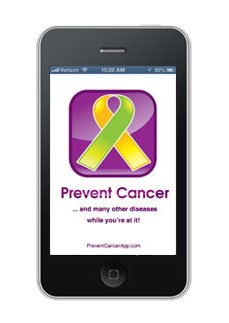