OTTAWA|TRADITIONAL, UNCEDED TERRITORY OF THE ALGONQUIN ANISHNAABEG PEOPLE – Advocates for social justice and equity, environmental protection, and public health call on Parliament to expedite passage of Bill C-226, Canada’s first environmental racism law. The bill was reported today in the House of Commons, after the committee studying the bill approved it without amendment last week. The bill is now in line for a final vote in the House of Commons and must also be passed in the Senate.

The groups urge Parliament to expedite these final steps in the legislative process and begin the long-overdue work to develop and implement a national strategy on environmental racism and environmental justice. The strategy, required by the bill, must reflect the needs of the communities and peoples most knowledgeable about the impacts of environmental racism and injustice and whose expertise will contribute to a meaningful framework to prevent further injustice and ill health, say advocates.

Dr. Ingrid Waldron, Co-Founder and Co-Director of the Canadian Coalition for Environmental and Climate Justice (CCECJ), said, “We know the stories about where and how environmental racism exists in Canada. The formal data on these realities is incomplete, and therefore there is a lack of understanding about how real this problem is. Bill C-226 will be a starting point for data to be collected and acted upon. The consequences of inaction on environmental racism would be ongoing negative impacts on people’s health and well-being. The strategy created with Bill C-226 means action to redress environmental racism and action for environmental justice for all.”

Bill C-226 was first introduced by former MP Lenore Zann as Bill C-230 in the last session of Parliament. It was approved by the House of Commons environment committee in June 2021 but then died on the order paper when Parliament dissolved for elections. On February 2, 2022, MP Elizabeth May re-introduced the same legislation as Bill C-226, now making progress in the House.

The United States’ program on environmental justice was established nearly three decades ago, and it’s long past time Canada caught up. A 2020 report by the UN Special Rapporteur to the Human Rights Council noted, “There exists a pattern in Canada where marginalized groups, and Indigenous peoples, in particular, find themselves on the wrong side of a toxic divide, subject to conditions that would not be acceptable elsewhere in Canada.” The toxic burdens faced by racialized, Indigenous and otherwise vulnerabilized people have been linked to high rates of cancer, reproductive diseases, respiratory illnesses, and other health problems, all of which only compound the cultural loss resulting from the poisoning of country foods and the destruction of culturally significant places. Canada urgently needs a national strategy and accountability mechanisms to assess, prevent and address environmental racism and advance environmental justice, as outlined in Bill C226.

Advocates are encouraged that Bill C-226 has again reached the report stage and look forward to it becoming law, and to begin its shared process of developing an implementation framework and an Office of Environmental Justice to put the bill’s strategy into action

The Canadian Coalition for Environment & Climate Justice (CCECJ), supported by a number of civil society groups, now urges all parties to work together to pass Bill C-226 in this session of parliament to allow the important work of examining the links between racialization, socio-economic status, and environmental risk, and the development of a national strategy on environmental racism and environmental justice to begin.

Environmental racism refers to the disproportionate siting of polluting industries and other environmental hazards in Indigenous, Black, and other racialized communities, and uneven access to nature and environmental benefits.

The US EPA defines environmental justice as, “the fair treatment and meaningful involvement of all people regardless of race, colour, national origin, or income, with respect to the development, implementation, and enforcement of environmental laws, regulations, and policies. This goal will be achieved when everyone enjoys: The same degree of protection from environmental and health hazards, and Equal access to the decision-making process to have a healthy environment in which to live, learn, and work.”

Record of progress on Bill C-226, including at committee, November 2022

When passed, Bill C-226 will require the Minister of Environment & Climate Change to develop a strategy that must include measures to:

For more information or to request an interview, please contact: 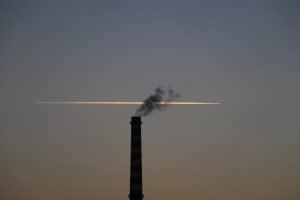