Like many women with parents of the Mad Men generation, Susan Murphy grew up in a household full of cigarette smoke. Both dad and mom smoked heavily, even while Murphy was in her mother’s womb.

“That explains a lot,” Murphy quips, poking fun at herself.

But Murphy isn’t worried about her own health. She’s fine. Her children aren’t, though. One boy died of cancer as a toddler. Another has autism. And her daughter has attention deficit disorder. Murphy knows the scientific evidence isn’t in yet, but she still can’t help wondering whether their fates might have been affected by her exposure to tobacco smoke before she was born.

Murphy, a researcher at Duke University, studies links between a mother’s diet and chemical exposures during pregnancy with the child’s later health. She and others have established that the womb is the antithesis of Las Vegas; what happens there not only doesn’t stay there, it can influence a child’s health for life. 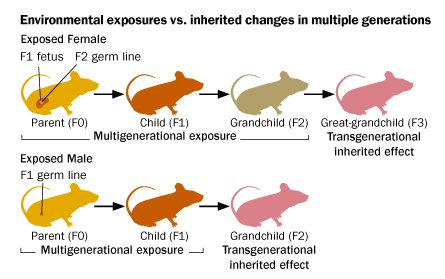