Flupyradifurone – doesn’t it just roll off the tongue? Linguistic gymnastics aside, this new insecticide (“flup”) is a chemical cousin to a host of bee-killing neonicotinoids (“neonics”). It was dubbed by the David Suzuki Foundation as the new F-word, and 100,000 Canadians called for it to stay in Bayer’s labs and out of our environment. 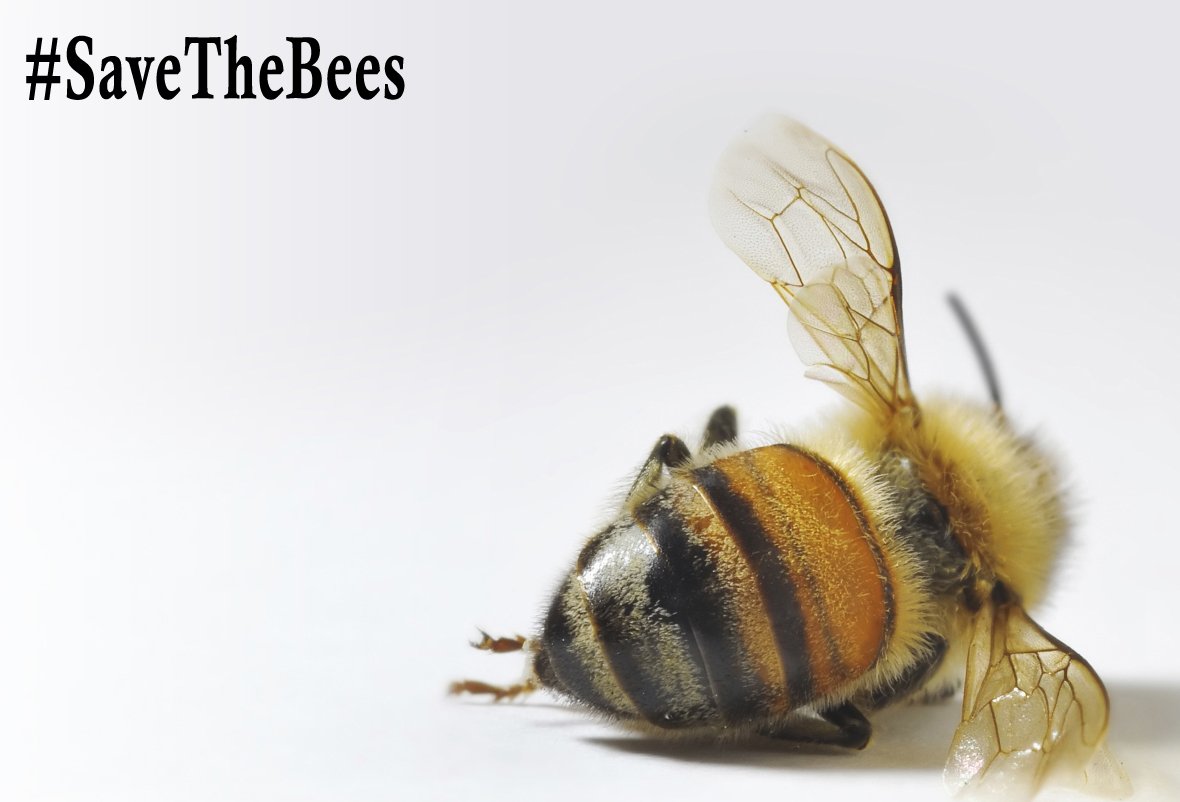 Flup is a systemic pesticide, that infiltrates the entire plant, from roots to pollen, shoots and fruit. The Task Force on Systemic Pesticides published the peer-reviewed Worldwide Integrated Assessment. This international collaboration of 29 scientists reviewed 800 reports, and warned that:

“present-day levels of pollution with neonicotinoids and fipronil [a similar insecticide] caused by authorized uses (i.e. following label rates and applying compounds as intended) frequently exceed the lowest observed adverse effect concentrations for a wide range of non-target species and are thus likely to have a wide range of negative biological and ecological impacts.” 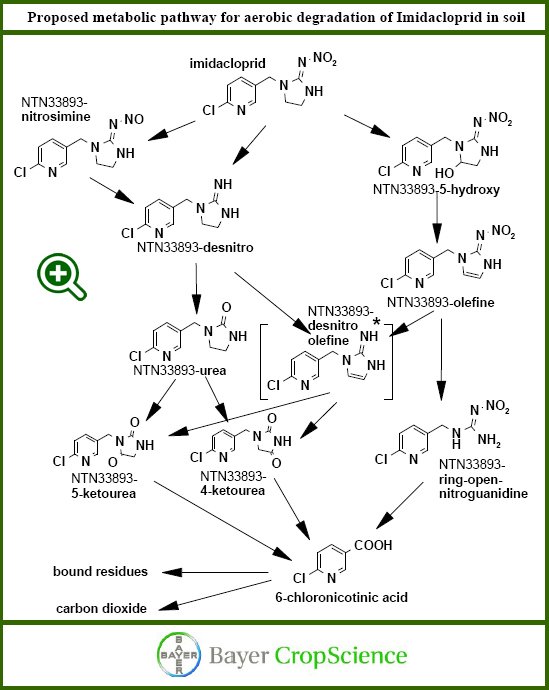 Prevent Cancer Now’s submission to Health Canada reiterated that yet another persistent systemic insecticide with the same mode of action will do nothing good for Canada’s pollinators. We also questioned the relatively high certainty ascribed to the studies of this new chemical, with no independent research.

Perhaps as important as the science we know, is what is ignored. Most chemical breakdown products were not mentioned or at most superficially assessed, although some may be more toxic than the original insecticide. Environmental breakdown was also incomplete. According to the federal assessment (available here, or you can
request it from Health Canada), flup degrades to 6CNA (6-chloronicotinic acid). Bayer’s information for another neonic suggests that in the environment 6CNA turns into 2CP (2-chloropyridine). Other neonics also end up as 2CP.

2-CP is bad news. It has no known mechanism of environmental breakdown, and exhibits the properties of a carcinogen.

When asked repeatedly over the years, and as recently as November 2014, Health Canada indicated that they have no information whatsoever on 2CP in pesticides, or the air, water, food, soil, biota in general, or people of Canada. 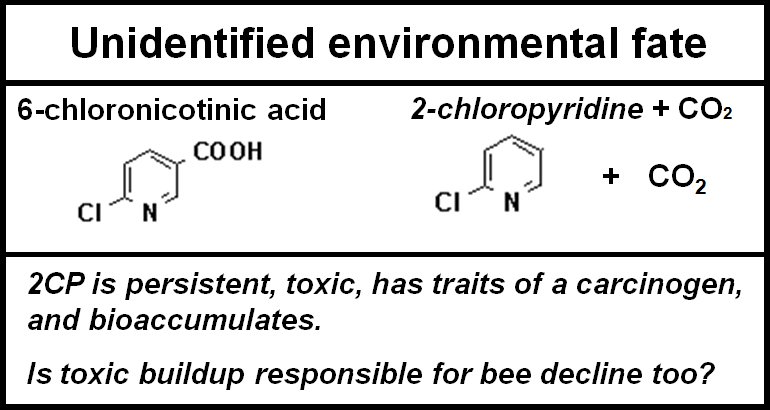 Related good news is that Ontario will be restricting neonics as of 2017. We hope that the bees hang in, through two more years of neonic accumulation.

We ask, when will 2CP be on Health Canada’s and Environment Canada’s agenda?