The content in this release is offered for reprint, with attribution to Prevent Cancer Now 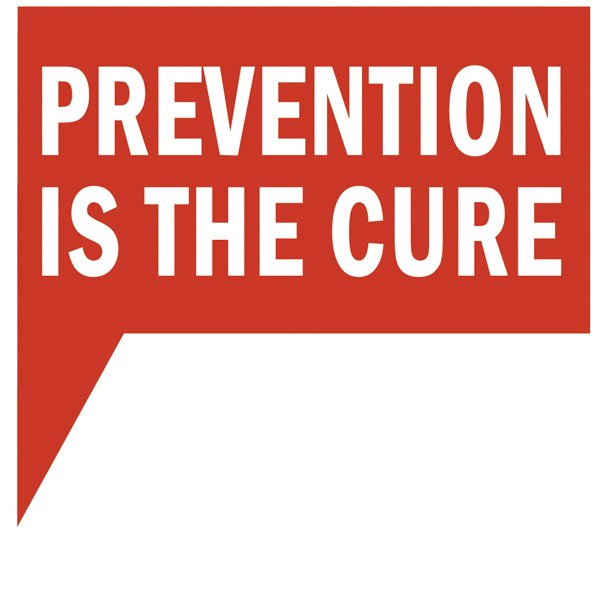 A healthy man has a million wishes; a sick man one.

In Prosperity Hinges on Health, Prevent Cancer Now seeks to stem the surge of hardship, heartbreak and costs of cancer. As the leading cause of death in Canada, it is poised to increase by 30% by 2030. Chronic disease is over-burdening Canadian society, healthcare systems and the economy. Much more cancer can and should be prevented. We queried federal Parties’ intentions for science-based actions for human and environmental health.

The Green and New Democratic Parties responded that across the board they are committed to broad science-based cancer prevention, including science to identify contributors to cancer and chronic disease, and precautionary actions. The Green Party also promised support for multi-sector actions on all determinants of health, a “Toxic Tax” to move manufacturers to safer alternatives, and to study body burden of toxicants. The NDP will also improve pesticide assessment, reassess the weedkiller “Roundup” (glyphosate), and improve petrochemical project assessments (e.g. pipelines). 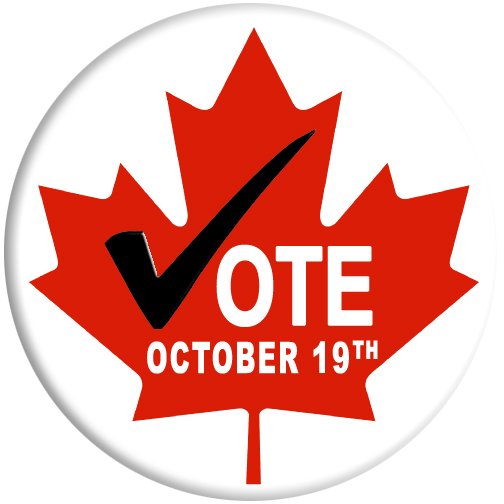 The Liberal Party indicated that Section 550 of the Canada Elections Act precludes responding to the questionnaire, and drew attention to healthcare spending commitments (that we aim to prevent). The Liberal Platform speaks to improving roles of science in government, but does not commit to least-toxic, preventive approaches. Actions are promised on “known” toxins, whereas historically the industry-driven bar for proof of “known” can delay precautionary actions on harmful, unnecessary exposures for a generation or more.

The Conservative Party did not respond, its online platform identified none of the actions for human and environmental health, and undoing actions of the previous government feature prominently among our proposed actions. 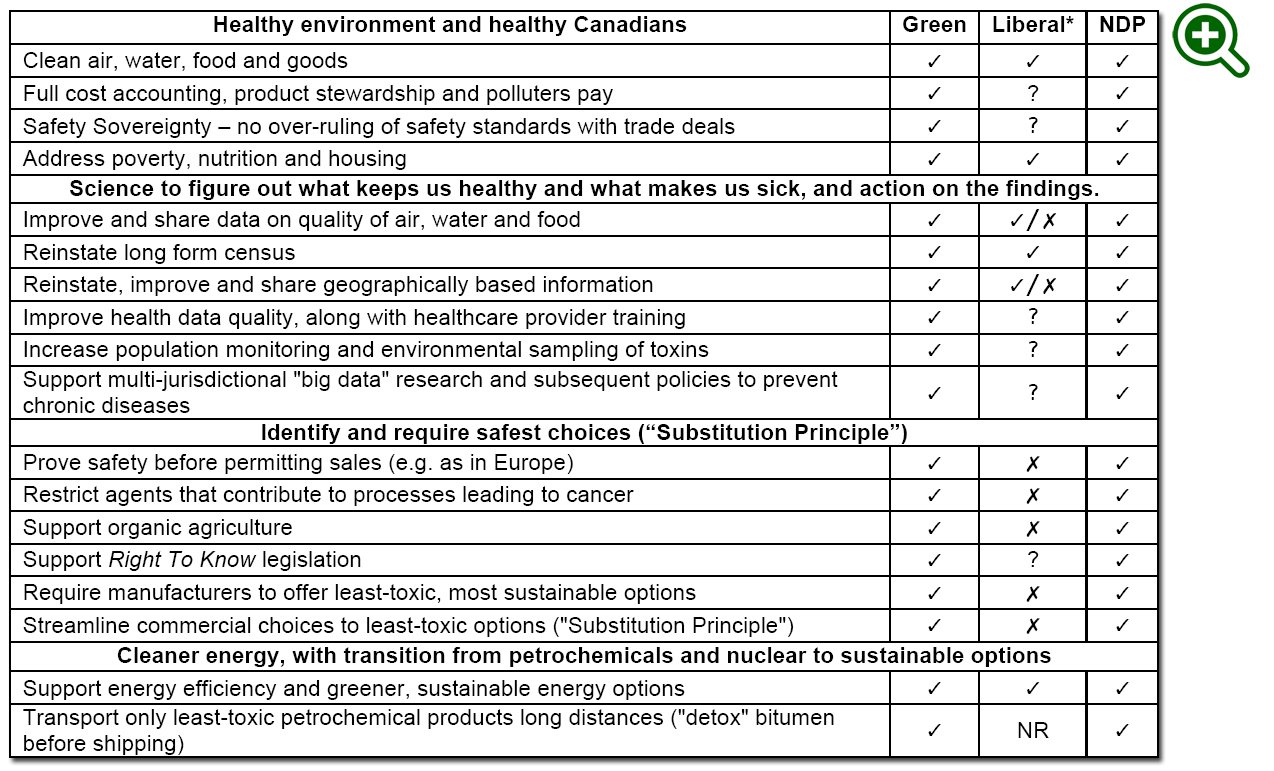 * Liberal positions are derived from the Liberal Platform. The site is not searchable, so greater uncertainty is associated with these responses. X / √ indicates that data will be shared but no commitment for information improvement was identified.

RELATED: VOTE for Cancer Prevention in the 2015 Federal Election!

Prevent Cancer Now is a Canadian national civil society organization including scientists, health professionals and citizens working to stop cancer before it starts, through education and advocacy to eliminate preventable causes of cancer.