The season of poison begins this month in PEI. It’s also the season of fear, stress and even terror for Islanders who understand what it means to be exposed to toxic agricultural pesticides. Over the past 20 years I’ve had countless calls from scared and angry people during spray season, many too fearful to give their names. They want to tell me how their kids, their pets or their livestock were sickened after the potato sprayer dumped its poisonous load near their homes. They worry about ever-increasing levels of chemical fertilizer in their drinking water. 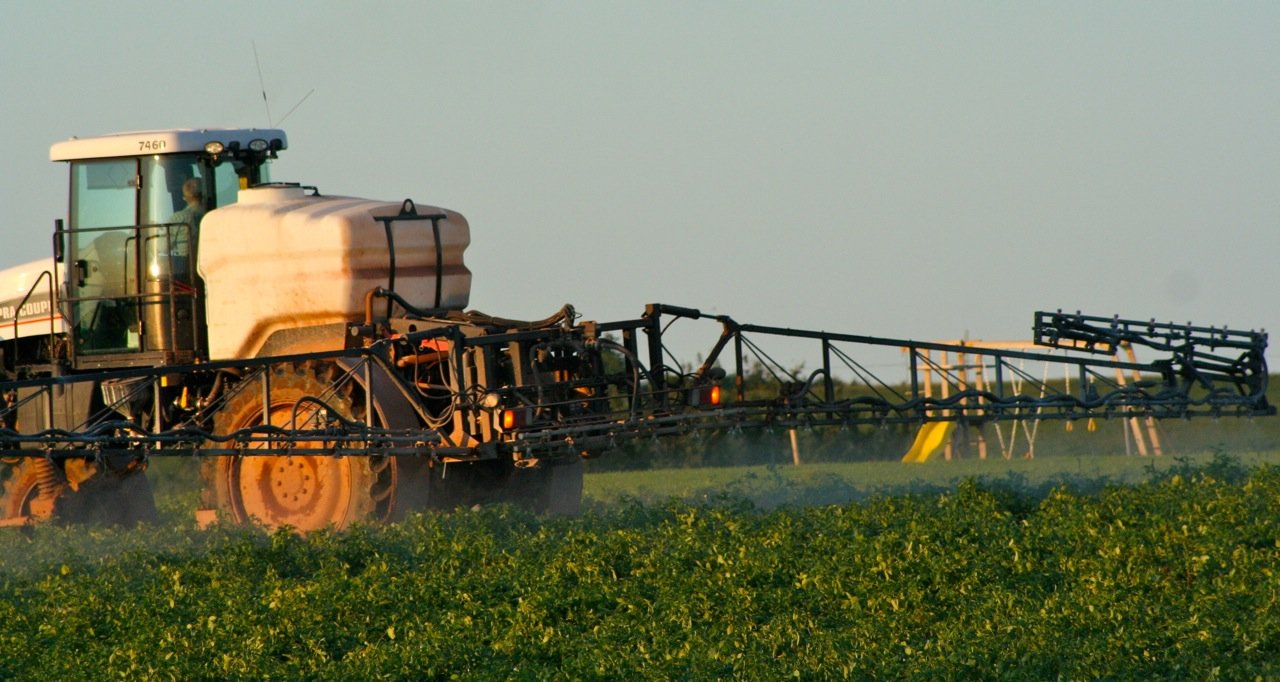 There is no escaping it. Closing windows or leaving home while the sprayer does its dirty deed is futile. The spray droplets drift, even on calm days, finding their way into lungs and onto skin, lawns, vegetable gardens and playgrounds. When the spray dries it can evaporate for days or weeks, continuing to pollute the air long after the sprayer is gone.

Environment Canada air monitoring tests revealed high levels of carcinogenic potato pesticides in PEI air, even in a control location away from potato fields. With sprayed fields in and around our cities, town folk are not safe either. About 80% of pesticides used in PEI, by weight of active ingredient, are classed as carcinogenic. These are primarily potato fungicides – poisons sprayed as often as every 4 days in July and August.

Earlier this year, the UN Environment Program and the World Health Organization released a report “State of the Science of Endocrine-Disrupting Chemicals”. They warned that many common chemicals, including pesticides, can disrupt the hormone system and are associated with malformed penises and undescended testicles, low semen quality, breast, ovarian, testicular, prostate and thyroid cancer, developmental effects on the nervous system in children, ADD, hyperactivity, obesity and type 2 diabetes.

Dr. Theo Colburn first drew global attention to these chemicals with her 1996 book “Our Stolen Future”. About 70% of pesticides used in PEI, by weight of active ingredient, are classed as endocrine-disrupting chemicals (EDCs). These chemicals can wreak havoc at incredibly low levels. Exposure in the womb and at puberty is especially dangerous. Effects may not be obvious until later in life and are often irreversible. Sometimes the effects are only seen in the next generation. 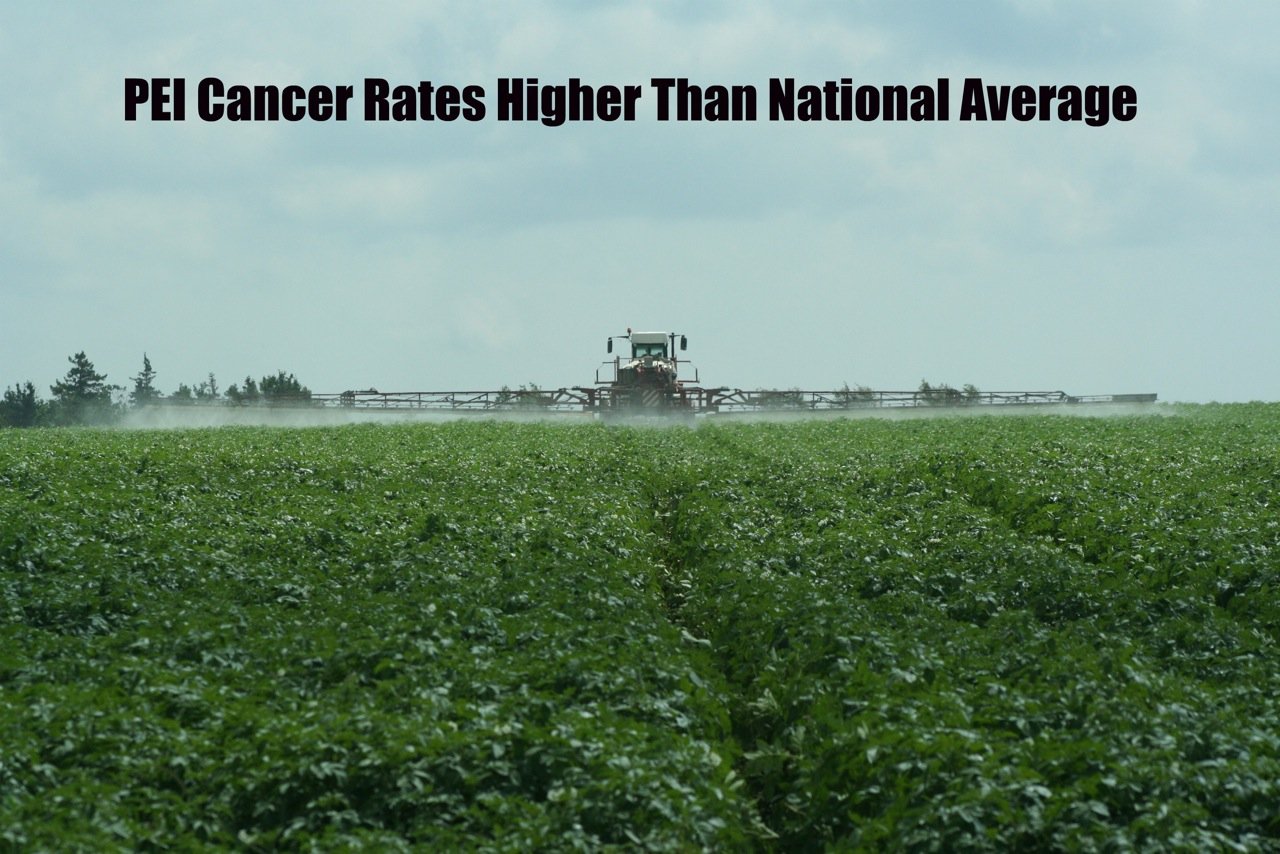 In the late 1980’s and early 1990’s, a time of rampant potato industry subsidies and expansion of the Irving’s processing plant, pesticide use skyrocketed. In the 25 years since an entire generation has grown up exposed to endocrine-disrupting pesticides. The UN and WHO report says endocrine-related diseases and disorders are on the rise but where governments have banned EDCs the frequency of disorders in humans and wildlife is decreased.

Other research also shows that exposure to tiny amounts of pesticide – parts per billion – can have devastating health effects. Trace amounts of certain pesticides virtually wiped out the immune system of frogs in a University of Waterloo study. Scientists said the pesticides acted exactly the same way as medical drugs used on human transplant recipients to suppress their immune systems to prevent organ rejection. It took 20 weeks of living in a pesticide-free environment for frog immune systems to return to normal. A weakened immune system contributes to more infections and diseases, including cancer. They noted that humans and frogs have the same type of immune system.

Everyone in PEI is exposed to at least trace amounts of pesticides, and most of us, with sprayed fields and lawns everywhere, to a whole lot more. This is why pesticide elimination, not reduction, is the only sane response to this unjust and expensive public health disaster.

Government has utterly failed to protect us from pesticide exposure and doesn’t even provide basic information about health effects. Instead, Earth Action assumed this role over the years. Our new web site will be up soon with everything you’ve ever wanted to know about pesticide and chemical fertilizer use in PEI and how you can join with others to stop the toxic assault. Time to tear down the industry-government alliance and drag this place out of the poisonous black hole of industrial agriculture.

Sharon Labchuk is the Coordinator of Earth Action P.E.I. and a former board member of Prevent Cancer Now.