The Ontario government’s recent announcement that it will add 900 megawatts of new renewable energy to the provincial grid is welcome news indeed. Projected to come on-line starting in 2014, the new electricity will be sufficient to power over 125,000 homes every year and create over 6,000 jobs. It shows Queen’s Park is committed to building up renewables and is to be applauded.

But if the government really wants to develop this sector in the long run – and the health of every Ontarian depends on it – it must also boost the renewable targets contained in its Long-Term Energy Plan. That document – released in 2010 and currently being reviewed by the Ministry of Energy – says by 2030 wind power will supply just 10% of electricity generation and solar will provide a measly 1.5%. Nearly half the grid will be hogged by nuclear – effectively blocking renewables’ expansion.

To its enormous credit, Ontario is getting out of the business of coal-fired power. It has promised to close the province’s last coal plant in 2014 and this will be a major contribution to our safety and well-being. 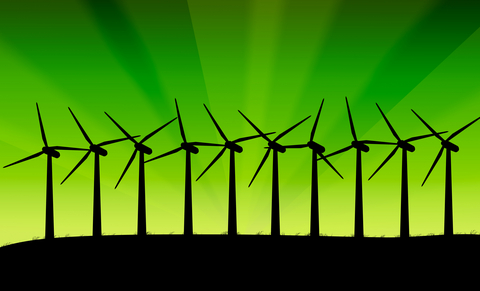 Ontario coal plants emit arsenic and chromium (which cause cancer); sulphur dioxide (a component of acid rain); and mercury and lead (brain poisons). They are also, of course, major greenhouse gas (GHG) sources: at their height they produced as much air pollution as some 6 million automobiles. In 2010 they caused over 300 deaths and 158,000 illnesses.

The coal phase-out is a huge step forward but it is not enough. It must be coupled with a reduction in natural gas and nuclear generation along with a far more ambitious roll-out of renewables.

Natural gas is cleaner than coal but it, too, contributes to climate change and, to some extent, smog. Nuclear energy is a significant source of GHGs. A recent Scientific American study found that, “Nuclear power results in up to 25 times more carbon emissions than wind energy, when reactor construction and uranium refining and transport are considered.”

Why are renewables so important? In short, because they’re far safer than conventional power. Solar and wind generation do not contribute to climate change, respiratory illness, brain damage, or cancer; they do not leave a legacy of radioactive waste and acidified lakes.

As well, study after study suggests renewables’ health impacts, if any, are minimal.

Consider the science on wind mills. Research done by the Australian Government in 2009 concluded that, “there was no published scientific evidence to positively link wind turbines with adverse health effects.” A scientific review conducted by Ontario’s Chief Medical Officer of Health in 2010 concluded that the “sound level from wind turbines at common residential setbacks is not sufficient to cause hearing impairment or other direct health effects, although some people may find it annoying.” A 2012 study prepared for the Massachusetts Departments of Public Health and Environmental Protection found there is “no evidence for a set of health effects, from exposure to wind turbines, that could be characterized as a ‘Wind Turbine Syndrome.’”

Doctors urge the province to use the current Long-Term Energy review to reduce our reliance on nuclear power and natural gas, and to substantially increase renewables’ share of the electricity grid. Doing so will help us meet our greenhouse gas reduction targets and curb toxic emissions – with obvious benefits for the environment and human health.

Dr. David Colby is Medical Officer of Health for Chatham-Kent.

Gideon Forman is Executive Director of the Canadian Association of Physicians for the Environment.