Ah, that new car smell – we have all experienced it. To some it is the sign of something good, something new, perhaps some elevated social status. One can even buy a product that is sprayed inside the car after the new car smell has gone, to recreate that smell, “forever”, according to the ad.

To others, it is the sign of something very bad. That new car smell typically means the presence of toxic chemicals, dangerous to our health and potentially cancer-causing. As one newspaper headline stated, “enjoying the smell of a new car is like glue-sniffing’” 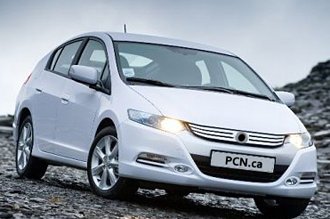 A 2012 study by the Ecology Center in the US, identified the existence of various toxic products in a car’s interior that can contribute to the new car smell. While not specifically measuring the air itself, the study did measure the products contained in the fabrics, plastics, and other components of the passenger area. According to the study, “Chemicals of primary concern include: bromine (associated with brominated flame retardants); chlorine (indicating the presence of polyvinyl chloride, or PVC and plasticizers); lead; and heavy metals. Such chemicals have been linked to a wide range of health problems such as allergies, birth defects, impaired learning, liver toxicity, and cancer. Automobiles are particularly harsh environments for plastics, as extreme air temperatures of 192 F and dash temperatures up to 248 F can increase the concentration of Volatile Organic Compounds (VOC’s) and break other chemicals down into more toxic substances.” This is the fourth of a series of reports by the Center on this subject and it has received a lot of media coverage in the US.

Over the years, other studies have covered the same subject, such as one from Taiwan: Variations in amounts and potential sources of volatile organic chemicals in new cars by Yeh-Chung Chien. It actually measured the air itself, identifying a host of toxic substances originating from a car’s interior. It recommended that car buyers purchase an older car since these airborne toxics decline significantly over time.

In my own experience with car rentals over the years, I have found that Japanese cars generally have less of that noxious new car smell, while North American cars are the worst. A new Hyundai Elantra that I test drove recently smelled really bad. The crazy thing is many people actually like that new car smell (the word “intoxicating” was used). For me, I’ve never yet bought a new car and I usually ask for a rental car with a lot of kilometres on it because then they tend to be well aired out.

What can you do? For one, avoid buying or using a brand new car. Open your car windows and air your car out as much as possible, especially if left out on a hot and sunny day. Park in the shade whenever you can. Don’t try to mask that new car smell with an air freshener, as you’ll do nothing to eliminate the toxic dust and gas and actually just add another potentially dangerous chemical to the mix. Check the reports like the one by the Ecology Center to see what cars are the best and the worst for toxic materials and air quality. Write to the maker of your current car or the new one you are looking to buy, and ask about the care they have taken about the air quality in the car. Finally you can write to your federal Member of Parliament and ask for some action on this subject for the good of your health.

Summing up, if the smell from the new car is strong (or intoxicating), it usually is bad – for your health and that of your passengers.