By the Prevent Cancer Now team

Prevent Cancer Now shared federal actions for cancer prevention during the election, so how’s it going in these early days?

Quick out of the gate, the mandatory long-form census was re-instated. Scientists are delighted. We’ll spend less money for more useful data – an essential compass for good governance. The last non-mandatory census left smaller municipalities with no data for even basic future planning. Recent cancer projections were based on 2007 census data, and accurate numbers are essential to study disease across populations. 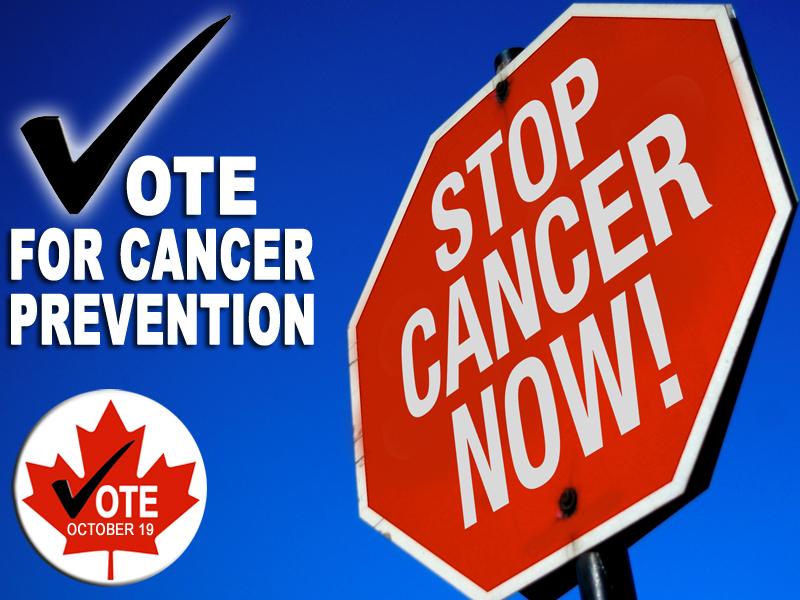 Climate change, energy conservation and shifting to renewable sources are defining issues of the time, and we’ll see what “Canada is back” means when the rubber hits the road (bike tires, that is). For example, environmental review promises during the campaign and banning tankers from B.C. northern coast following the election led some to believe that the Northern Gateway pipeline would be as dead in the water as an oil-soaked duck. The Dogwood Initiative’s initial exuberance was tempered when told that promises regarding Environmental Assessment and the National Energy Board notwithstanding, reviews in process would not restart – they would continue along their flawed paths, with modifications and additional requirements.

Environmental protections re-enacted in law, and national recognition of the right to a healthy environment may take a while. Canada’s environmental laws were gutted by the Harper government, and the Liberals committed to important roll-backs and improvements. Trade agreements that would empower foreign over Canadian interests are hopefully on hold pending others’ decisions.

Diverse, detailed data is needed in order to connect the dots between the environment and health. Too often we’re assured that there is no evidence of risk to health, and mistake this for evidence that things are safe. Limited data is now available at http://open.canada.ca, although resources pale in comparison with former Atlas of Canada and Public Health Infobase. A decade ago, detailed maps and charts could be generated using specific datasets among a large array of health conditions, living conditions and types of exposures. Data was available back to the 1990s and prior, revealing trends. We look forward to resurrection of our environmental, industrial, social and health histories.

It may seem arcane, but how regulators review the science on exposures to chemicals and radiation can pre-determine the results. Systematic scientific review is a far cry from present practices in Health Canada, so Prevent Cancer Now is pushing for modern approaches to assess and manage chemicals, pesticides and radiofrequency radiation.